RAID stands for Redundant Array of Independent/Inexpensive Disks, and it allows you to store data across many hard drives. RAID is used to establish data redundancy to decrease data loss and increase speed in many situations. A NAS is the most excellent method to get in on the RAID action. The invention of RAID in 1988 was to help cope with the price of high-capacity disk disks. The creators claimed that a collection of affordable drives might outperform a single costly disk, which was a significant issue when 10MB of storage cost upwards of $100. Therefore RAID drive will enable you to use multiple disks to store data. A RAID calculator will help you determine the size and number of hard drives you need if you want to start a RAID. Depending on your RAID configuration, it can give you high speeds in your computer while still offering increased capacity. Moreover, they can increase reliability. 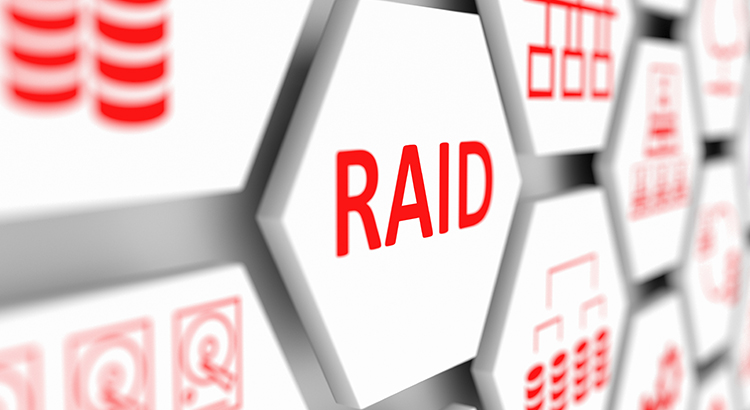 Listed below are some of the main types of RAID 0, RAID1, and RAID 5

RAID 0 combines two or more hard disk drives into a single larger, quicker storage unit; nevertheless, it dramatically increases the risk of data loss. When you save a file to a RAID 0, it’s divided into pieces and spread out among the disks. Moreover, because the array’s numerous drive heads work simultaneously, it can read and write data considerably quicker than a single drive. It also significantly boosts capacity: if you have four 1TB drives, you have a 4TB super-fast hard disk. However, not only do you have a four-times-larger drive, but you also have a four-times-larger collision risk. You lose everything if one of your drives fails.

RAID 1 – often known as disk mirroring – duplicates your data over two or more drives and is ideal for users that want high performance. Because both disks are active, data can be scanned, but write operations take longer because each process is repeated twice. However, because the two drives are duplicates and contain identical data, the other continues to function if one fails, ensuring no data loss or downtime. However, RAID 1 shouldn’t be used as a replacement for a proper backup because the disks are still vulnerable to physical damage. If your hard disk is damaged in a fire or flood, for example, both drives will be affected.

However, you’ll need at least three hard disks, with all but one serving as storage. RAID 5 combines the capacity, speed, and protection of RAID 0 and RAID 1. It employs disk striping with parity and is by far the most prevalent configuration for commercial servers. Data is layered over all of the RAID drives and the symmetry information required to reconstruct data in the case of a failure.

However, the raid also has its shortages and disadvantages. For instance, The primary disadvantage of RAID 1 is that you have to buy twice as much capacity to get the needed disk space. To store 1TB of data, for example, a total of 2TB is required. Because one of the disks works as a parity drive, knowing where all the data is stored, only four-fifths of the storage you purchase will be useable with RAID 5. Moreover, rebuilding RAID 5 volumes takes a long time and may require an expert to help you in raid data recovery.

How to Spend a Romantic Getaway to Singapore