The crime scene investigator (CSI), on reaching the scene, first establishes the boundaries of the crime scene. This is done by using a crime scene tape and putting sentry at all possible entrances. The area or structure must be secured by controlling ingress and egress so that no further disruption can be caused to any potential physical evidence.

Once the investigator locates the main area of the disturbance, a radius of the focal point with all the immediate physical evidence is to be created. Usually, investigators prefer to create a large radius so that potential evidence is not missed or disturbed by spectators. A yellow crime scene tape or rope or cones is mostly used as a barrier, and a common entryway is created. Every person entering and leaving the area is to be documented. In addition to this, CSI must identify and remove any hazardous materials or weapons from the location.

Evidence plays a central role in prosecuting a case. For collecting evidence, CSI conducts the first round of crime scene surveys. He walks around the exterior of the structure to check for obvious evidence, such as open windows, damaged doors, or ladders. While conducting the scene walkthrough, the lead investigator will identify and take photos of important evidence. Then he searches for evidence inside the building. At this time, he/she will take photographs of the scene, note weather conditions, check if the lights were on or off, note down the exact position of items such as furniture, the presence of any smells, etc. 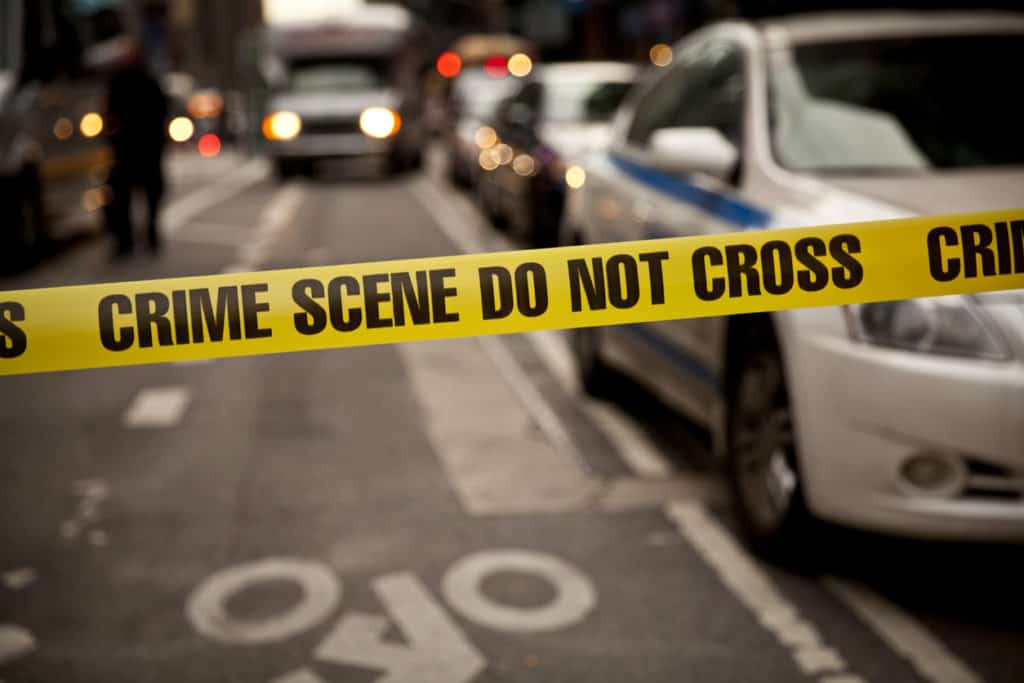 3. Assess the location and note down details

The first look at the crime scene gives an idea about what type of evidence must be present at the location. The CSI thinks about what must have happened when it happened and what evidence to be looked for. This includes the possibility of removing blood and other evidence by the first responders or family members, signs of struggle, or visible footprints in the blood. Based on all the physical evidence available, the CSI prepares a narrative of the scene to give the impression of the scene.

Now, it’s time to locate even the smallest particle of evidence, as well as collect fingerprints. This includes using a vacuum to collect any potential microparticle evidence such as hair and fibers. Also, all the potential physical evidence is captured photographically with a medium range and close-up shots. In addition to this, CSI also prepares a rough sketch of the scene. Sometimes, for more complicated cases, the investigator may use a videographer to present a better idea of the scene to a jury. It is essential to keep all the evidence in proper containers. The evidence with bloodstains must never be packed in plastic bags to prevent them from decomposition. Also, all the evidence must be properly labeled.

Proper crime scene investigation is fundamental in deciding the case in the future. Thus, a skilled investigator makes sure that no single piece of evidence goes ignored. In the final survey, each team member participates so that no potential evidence is left by chance and no error in the documentation. Once the team is satisfied, the crime scene is released.

The Basics Of Recreational Vehicle Financing